Sunday mornings are usually lazy, but the last Sunday was different. We were invited to try and taste the jackfruit infused recipes by Jackfruit365! Jackfruit365 is a venture which aims at replacing apple or potato with jackfruit in a variety of dishes without giving up on the taste.

Jackfruit is one of the healthiest fruit which sits on the extremes when it comes to someone liking it with a majority of (85-90%) people who love to have jackfruit in all forms while the remaining (10-15%) don’t like due to its aroma and taste.

There’s a saying – “If you have a jackfruit tree in the backyard, your lifespan is up by 10years”; This shows how much beneficial jackfruit is! There’s a long list of healthy benefits, highlights are
– Strengthens the immune system
– Reduces the risk of heart disease
– Regulates blood sugar level
– Regulates blood pressure
– Prevents intestinal diseases 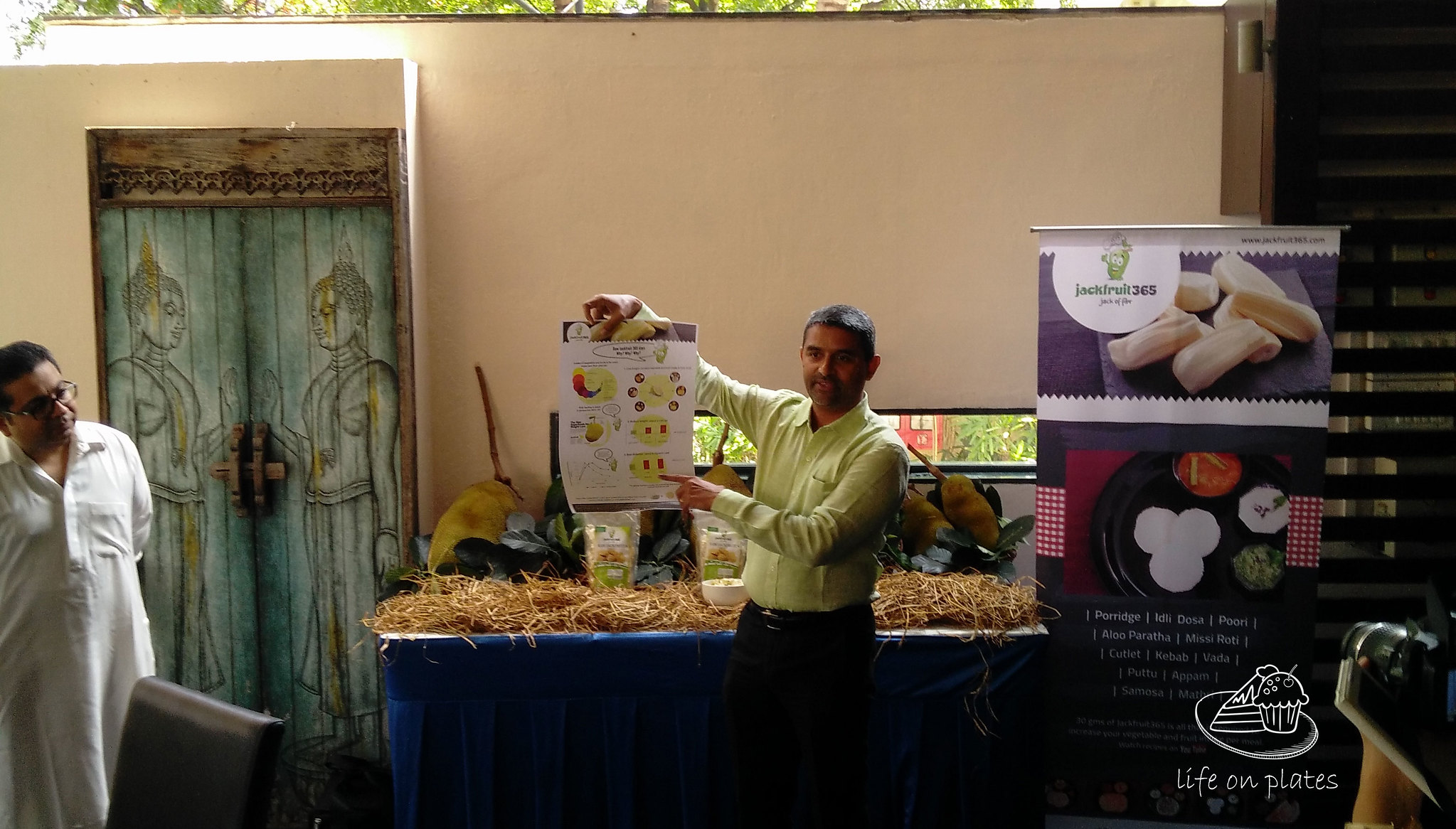 The event started with a speech from Mr. James Joseph, founder of Jackfruit365. He spoke about jackfruit and how the company came into being! Jackfruit is cut down from the tree 2days prior to ripening, it’s processed and deeply frozen which can be used for longer duration! 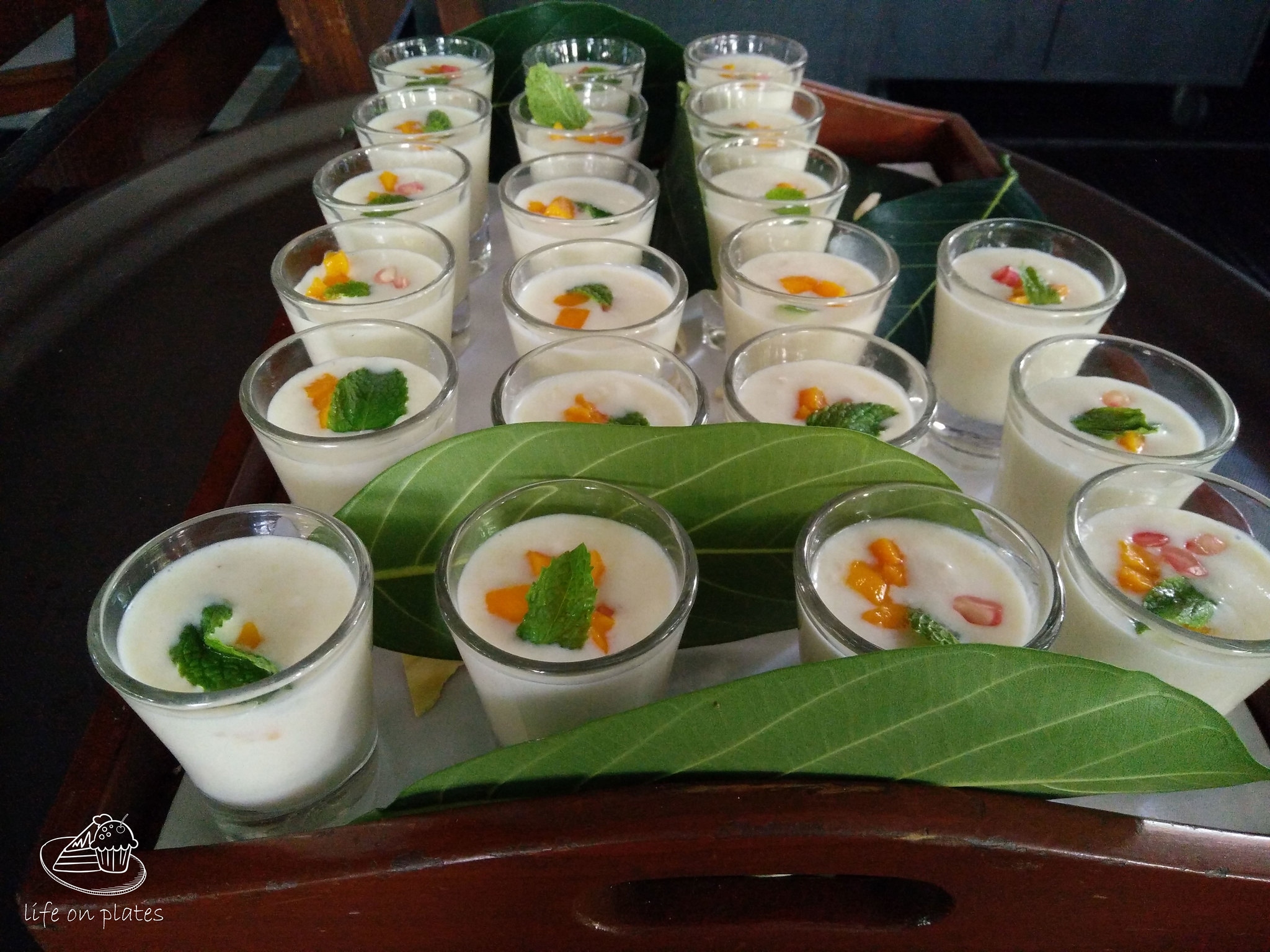 Then came a long list of dishes prepared from Jackfruit365. First up was Jackfruit Smoothie – High on jackfruit flavors, thick and topped with mango chunks, pomegranate, and mint leaves.

Jackfruit Galouti Kebab was no different from other kebabs. It was served on Indian bread topped with cream, must try a quick bite. 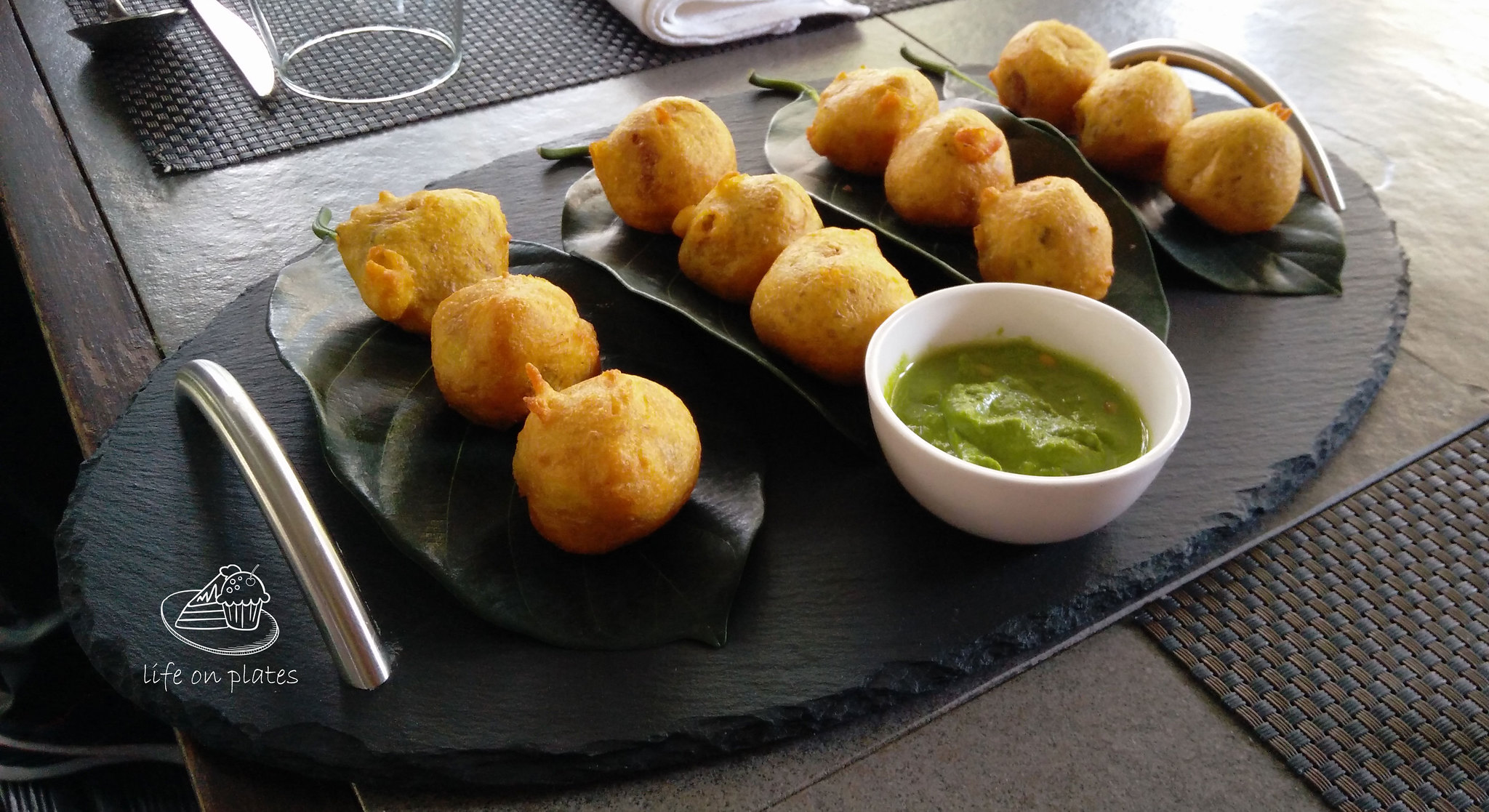 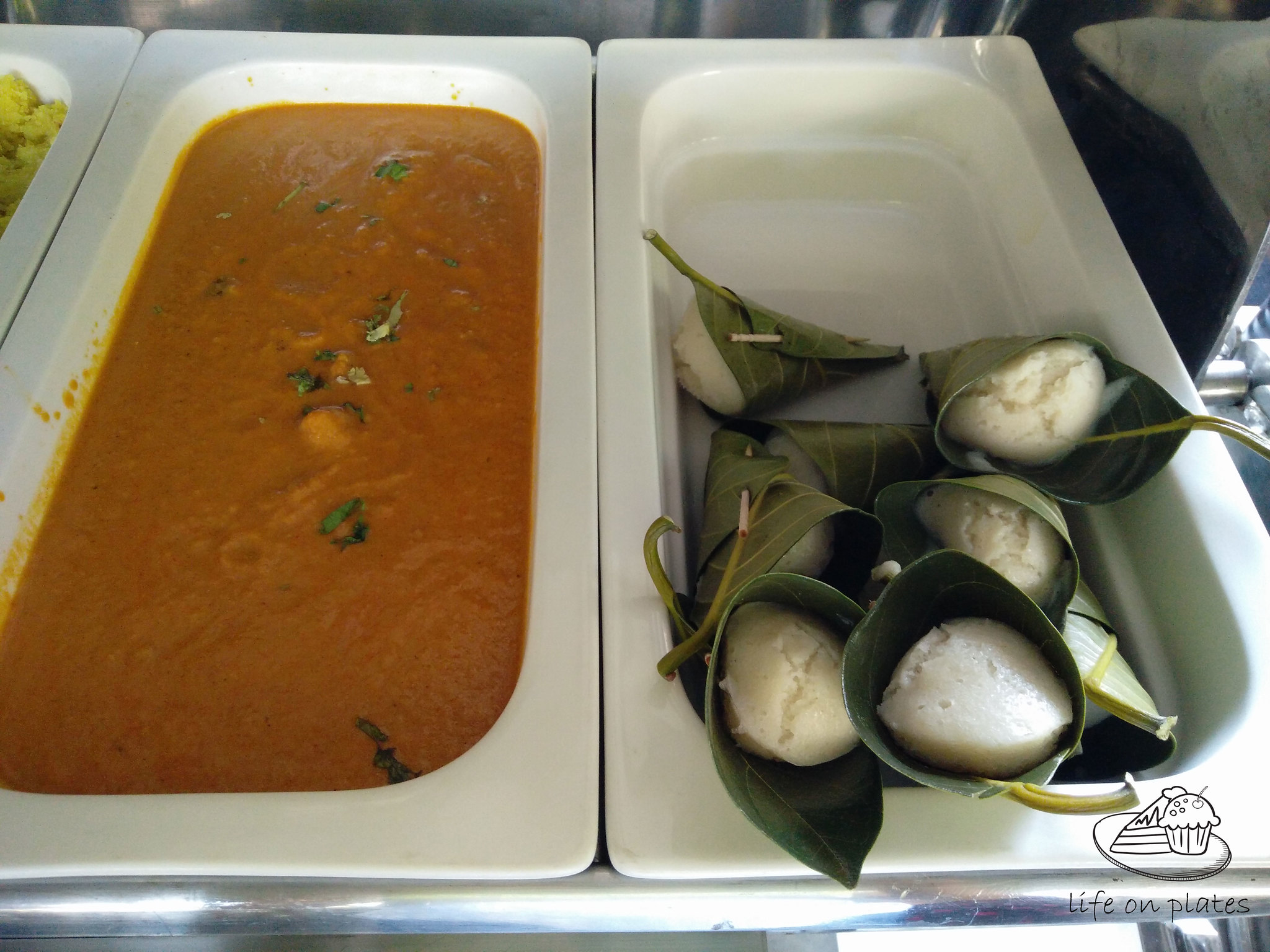 Idli’s are too mainstream, so Mangaloreans came up with Moode. Moode is a way of cooking Idli’s wrapped in the leaf which gives it good flavors. Jackfruit Moode is another way to savor the flavors without having to giving up on taste. 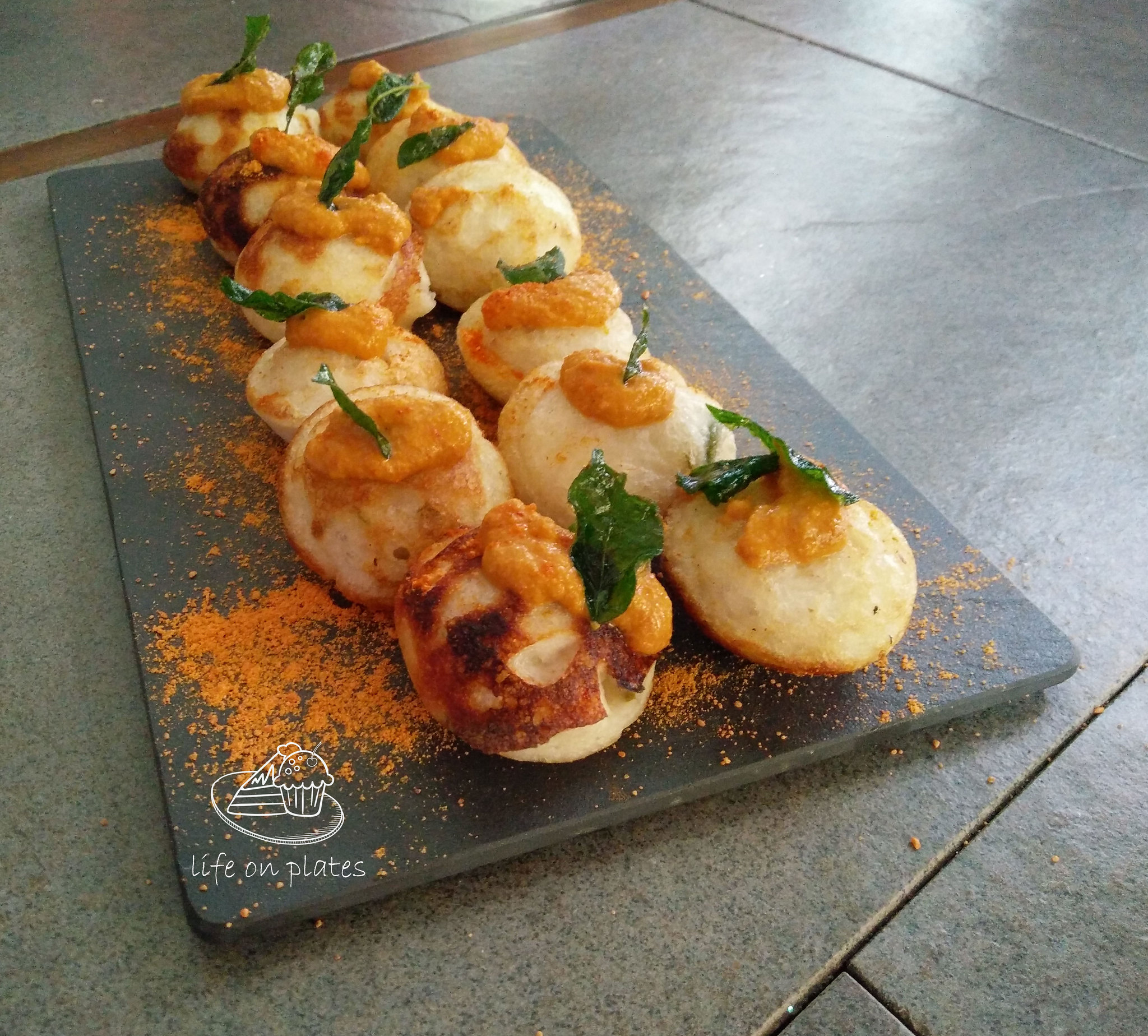 Jackfruit Paniyaram were small, fluffy and delight. Also known as Gundponglu, they were served with chutney which went great together. 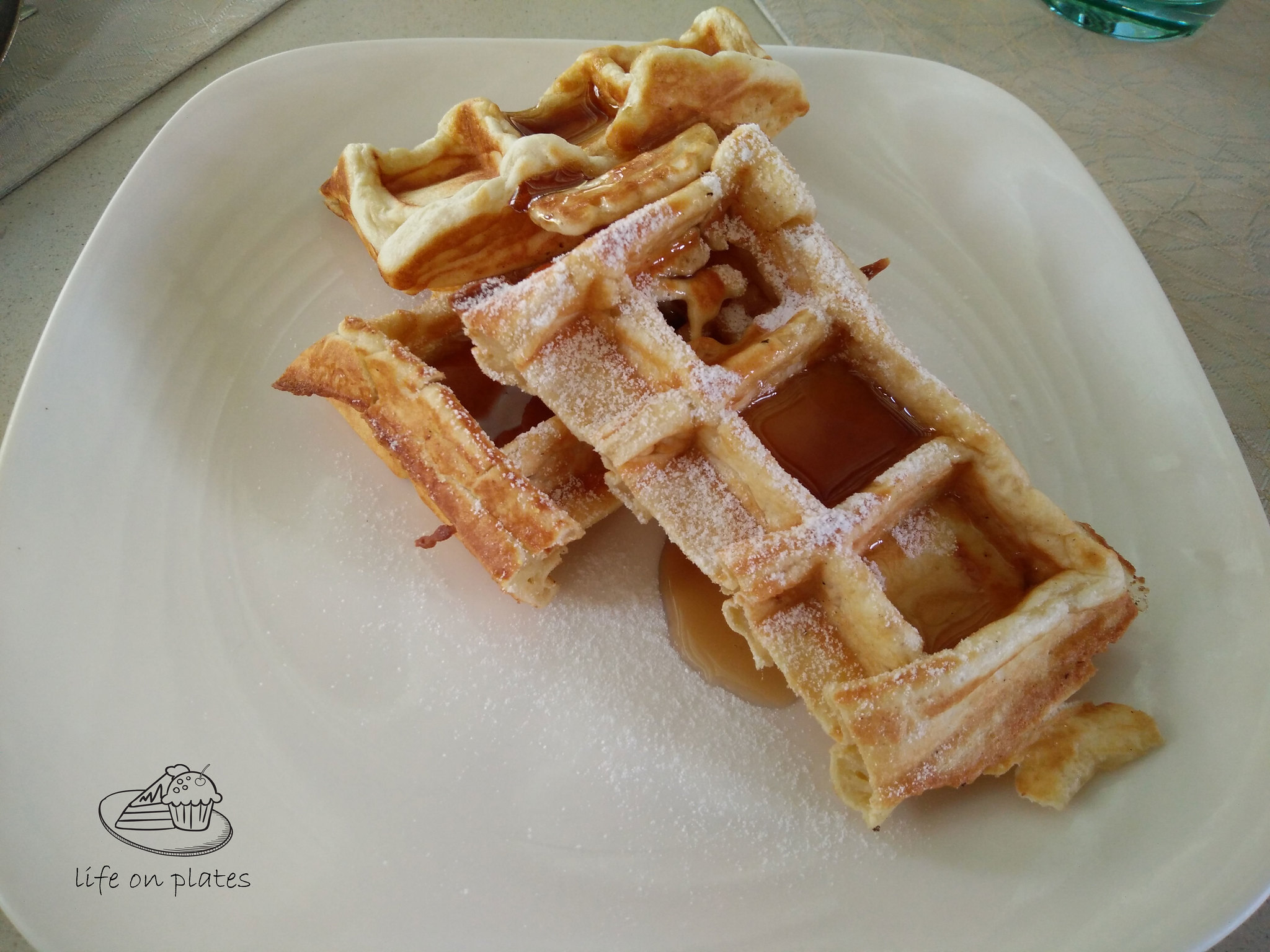 Just when we thought we had enough jackfruit for the day, we were surprised by Jackfruit Waffles and Pancakes. The waffles were soft and tasted good with maple syrup. Fluffy, soft, perfectly baked pancakes served with maple syrup and drizzled with sugar was heavenly. 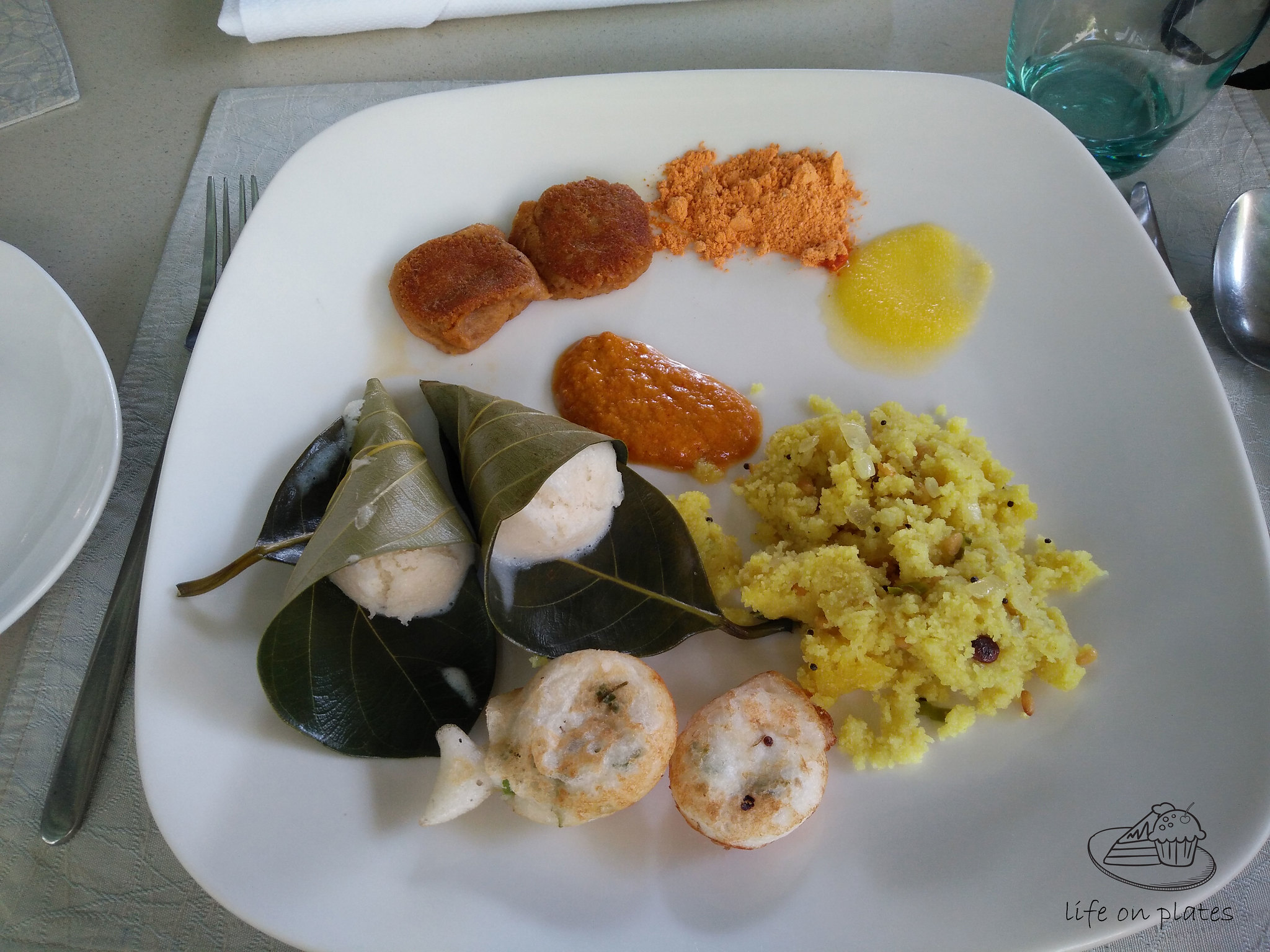 All in all, Jackfruit can be used as five types – Raw Form, Ripe Jackfruit, Seeds, Substitute for flesh and as source of carbohydrates.

We wish Jackfruit365 team best of luck with their venture 🙂