Hunger strikes at random times and ready-to-cook kits are the only life savior. With many ready-to-cook kits available, Chef’s Basket has taken it to a whole new level. They have managed to compose Italian flavors into pasta box and Oriental aromas into the noodle box. The kits consist of sauces rather than normal masala powder. 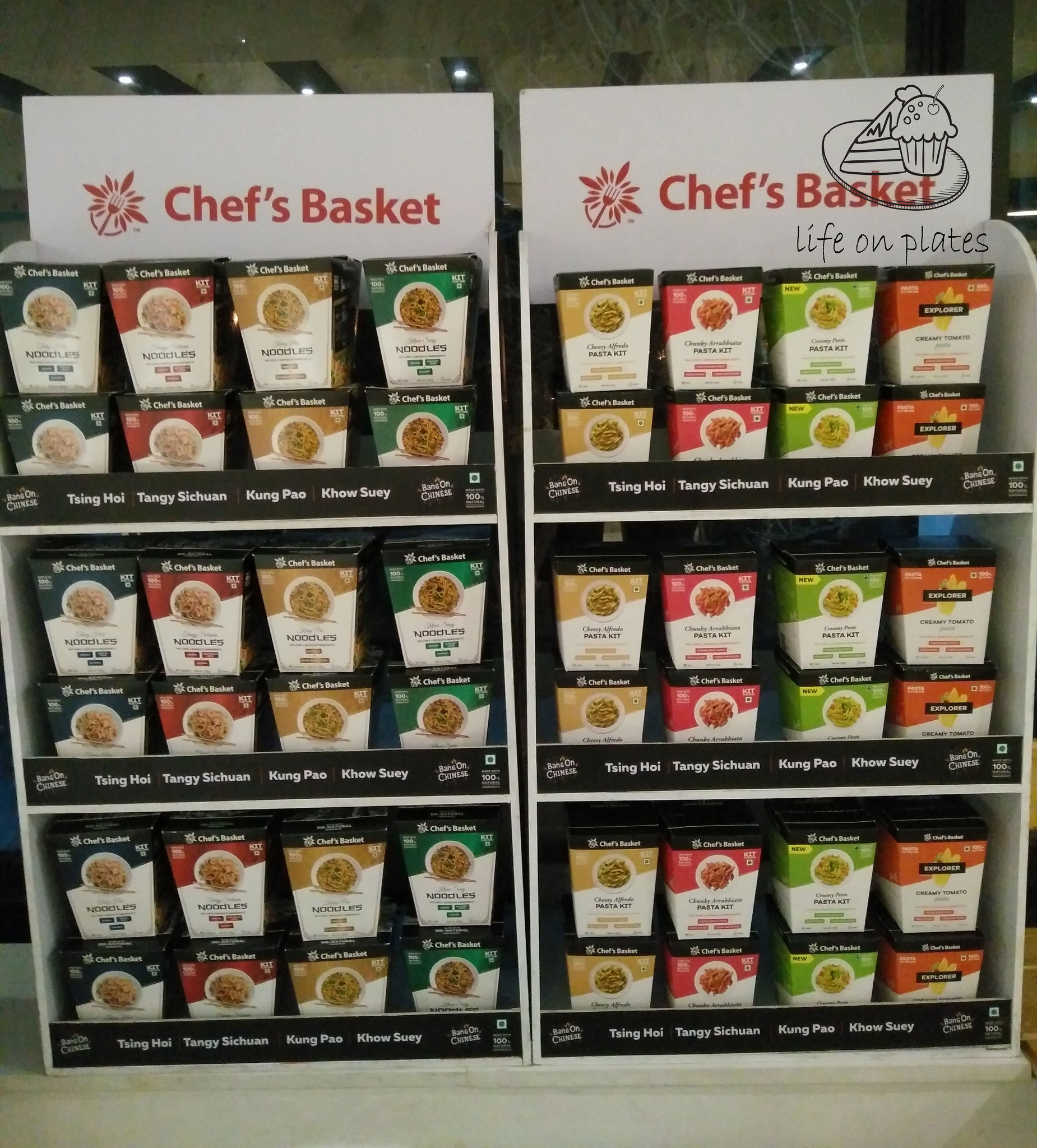 Chef’s Basket believes in the art of cooking and with a little help, anybody can cook. They have most authentic recipes from all over the world so that trying new cuisines won’t be a restaurant affair. 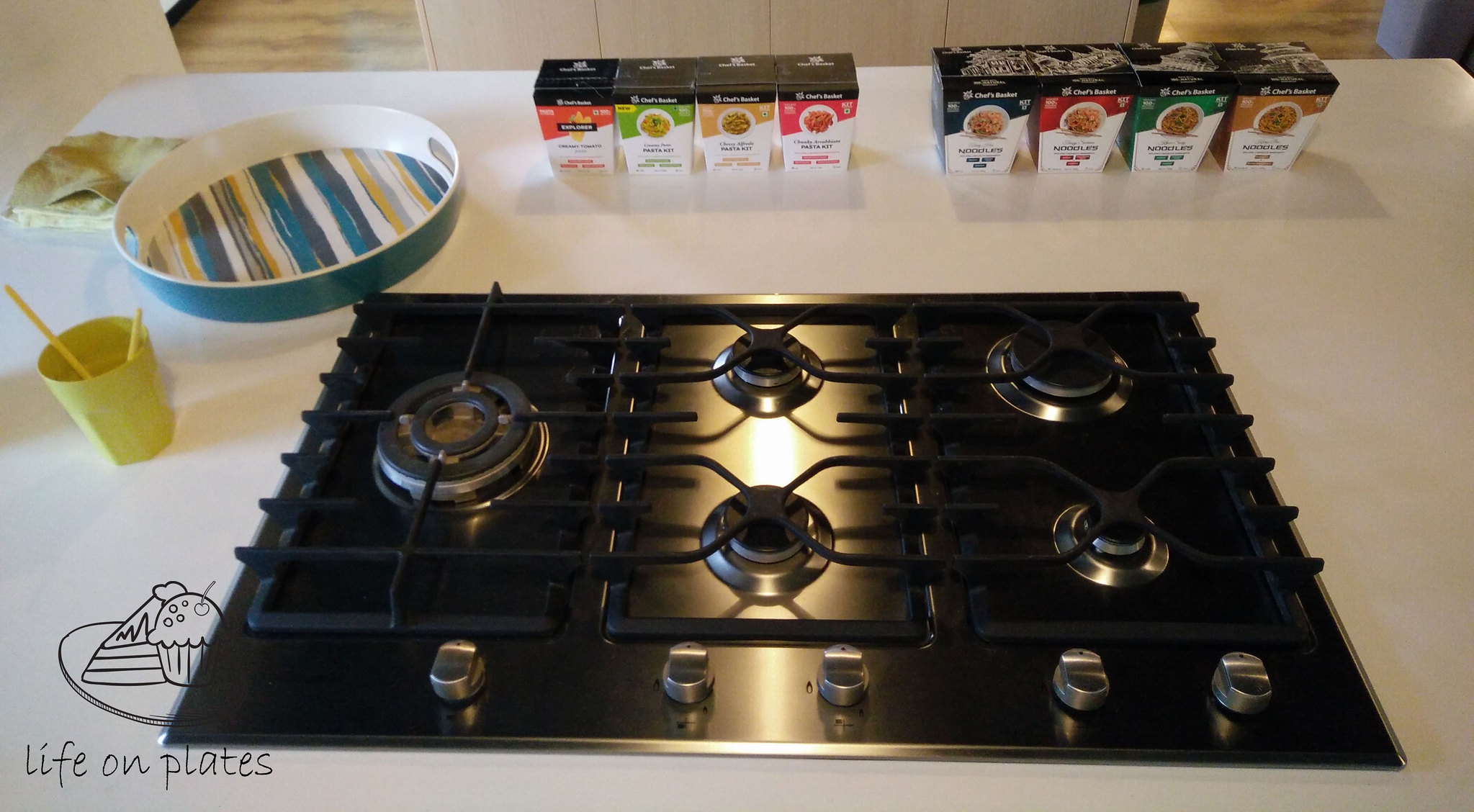 A couple of weeks ago, we were at Something’s Cooking as participants for a cook-off event hosted by Chef’s Basket. A team of three was formed and were given a task to complete. In a time limit of one hour, each team had to dish up two recipes, which sounds really interesting and exciting. 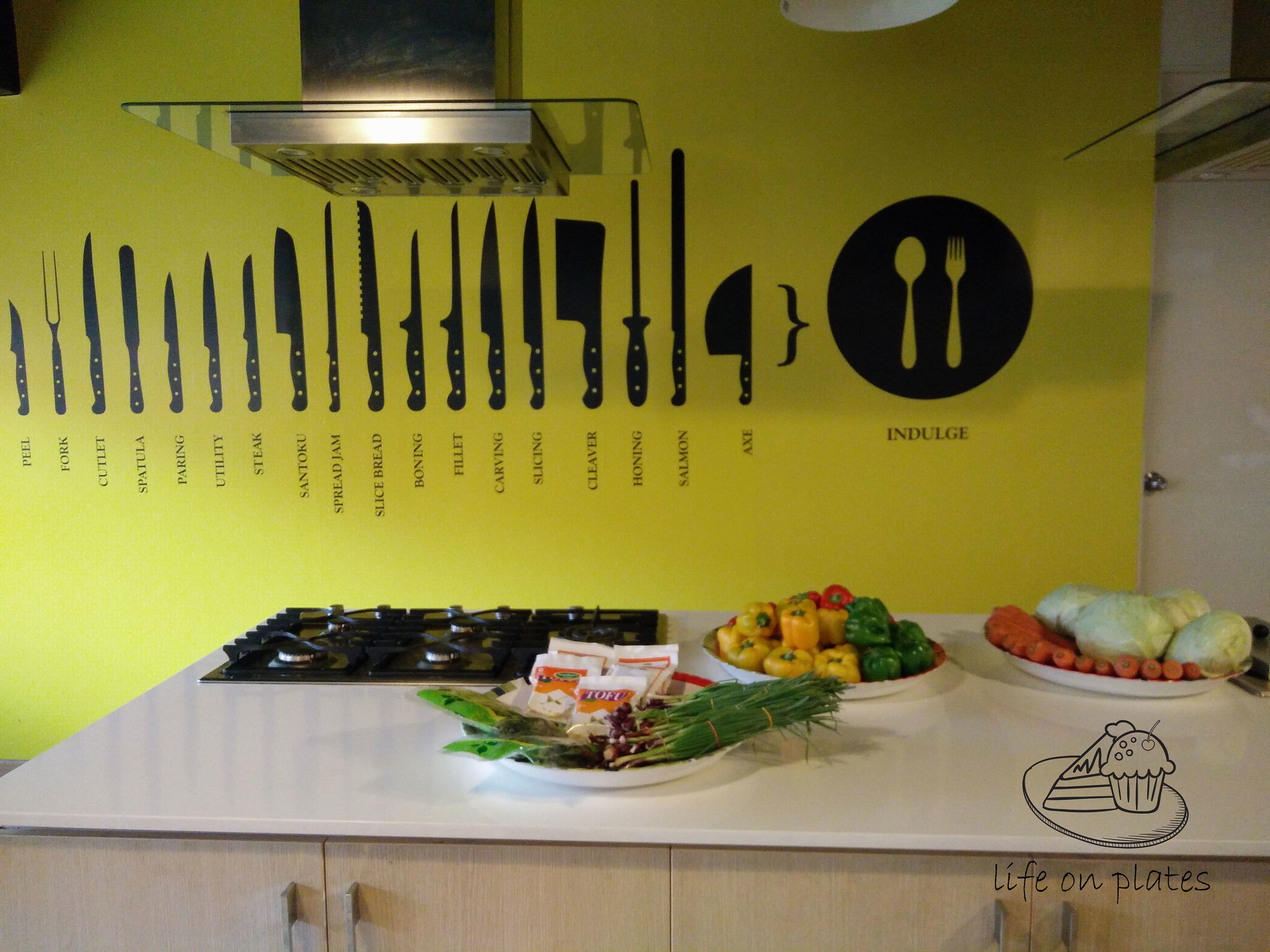 How did we manage to do? It’s as simple as following instructions on the box or make your own pasta/noodles. Each team was given a table of groceries and veggies. We choose to cook Cheesy Alfredo Pasta and we also made our own dish, a combo of Chunky Arrabbiata – Creamy Pesto, named it Duos Pasta. So we started by chopping the required vegetables like Bell peppers, carrots and pan frying them on a low flame. In another pan, we started boiling pasta in salt water. Keeping aside the pasta once boiled for ten minutes. Now we add sauce provided in the kit separately to the pan with veggies and later add pasta. Finally seasoned with herbs and chili flakes. For duos pasta, we plated together which gave it a colorful appearance. Voila! Our Cheesy Alfredo Pasta and Duos Pasta were ready to eat. 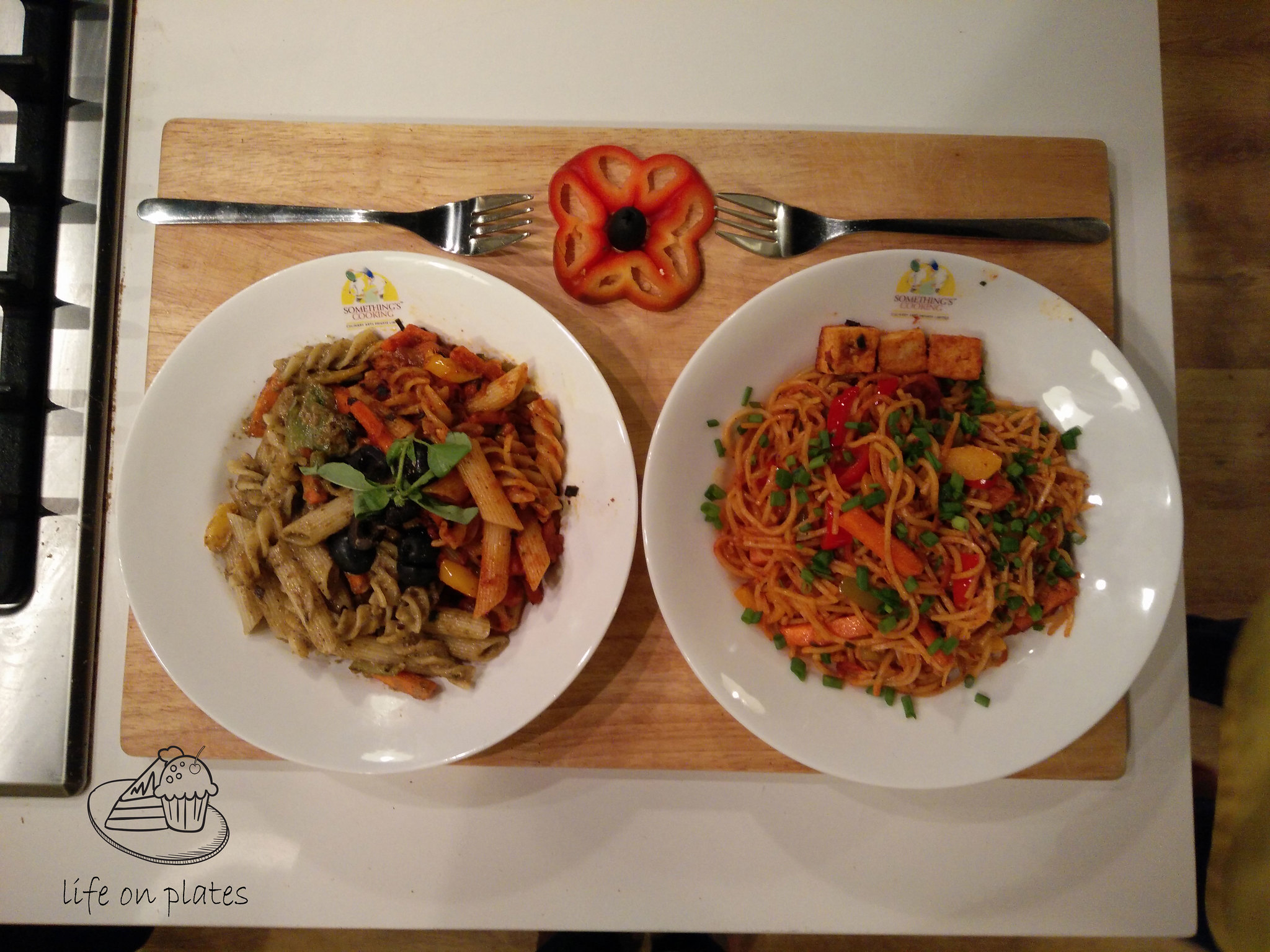 For noodles, we choose Kung Pao and Tangy Sichuan which followed the similar process.

In simple words, Chef’s Basket manufactures kits that makes cooking easier for everyone. Kudos to the innovation team for putting forth these products.

Jackfruit365 - A new take on Jackfruit!