In the present day scenario, where many International Food Festivals are happening, we tend to forget about the amazing dishes that are prepared in our very own backyard!

When we think about Namma Karnataka, traditional food is something which strikes our mind! Karnataka’s traditional cuisine is said to be one of the oldest and richest ones. Isn’t it great to try all the flavors under a single roof? Absolutely, it is! Keeping this in mind, Chef Thirumal and his team at Fairfield by Marriott had come up with a unique and interesting ‘Flavours of Karnataka’ – a food festival which took in major influences from all over the Karnataka with respect to both food and the ambiance.

They have tried their best to maintain authenticity in terms of taste and serving it. The menu was daily changing and included food mainly from Udupi, Mangaluru, Mysuru, Malenadu, Kodagu, and Navayath. Each of these cities has a unique touch to the dishes, whether it is the Fish Curry from Mangaluru or the Jolada Roti from North Karnataka. That’s the reason why food here never disappoints you, instead, makes you want more. 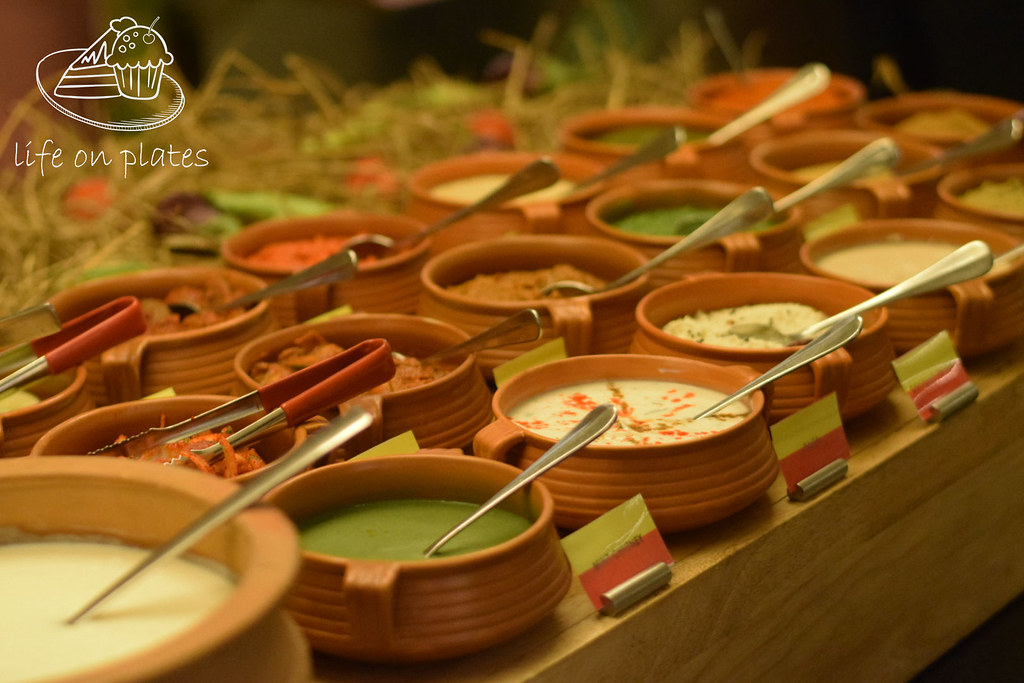 The first thing that catches the attention is the way the place is set up. Starting from the artworks which are simple and beautiful to the flower decoration, they have given attention to the smallest of the detailing. There’s a map of Karnataka that showcases city’s crop production. A cycle with tender coconuts is also found at the entrance, just the way you find on streets. 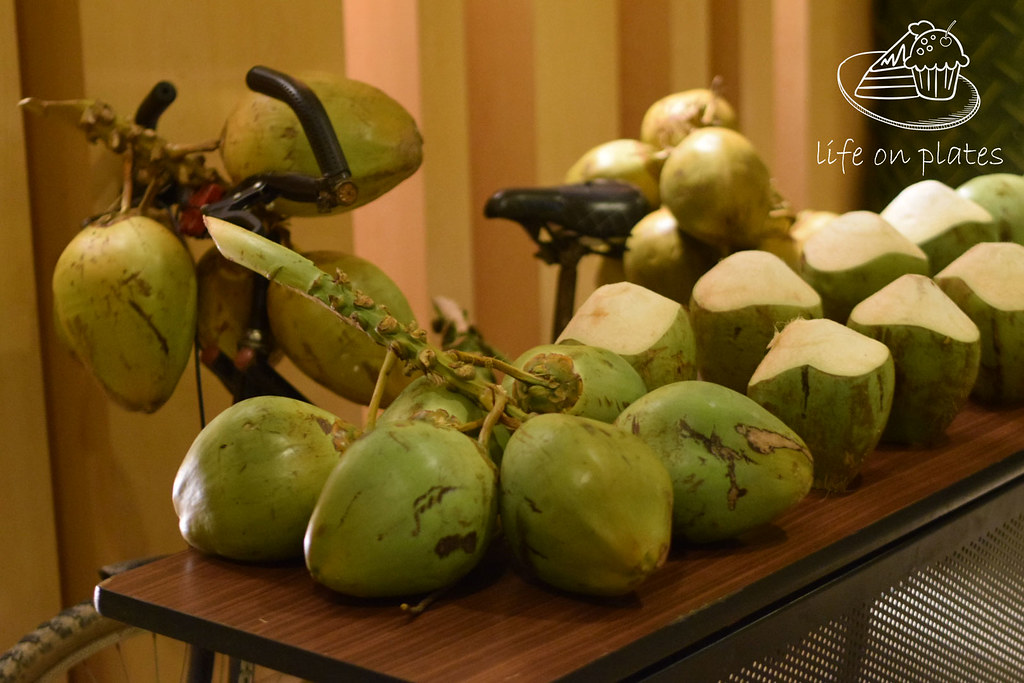 After looking around the place, we came to our table where Chef Thirumal gave a small talk on how the festival came about and the importance of having food on a plantain leaf. Then Head Chef Aniket filled in with the flow of dishes and their origin. 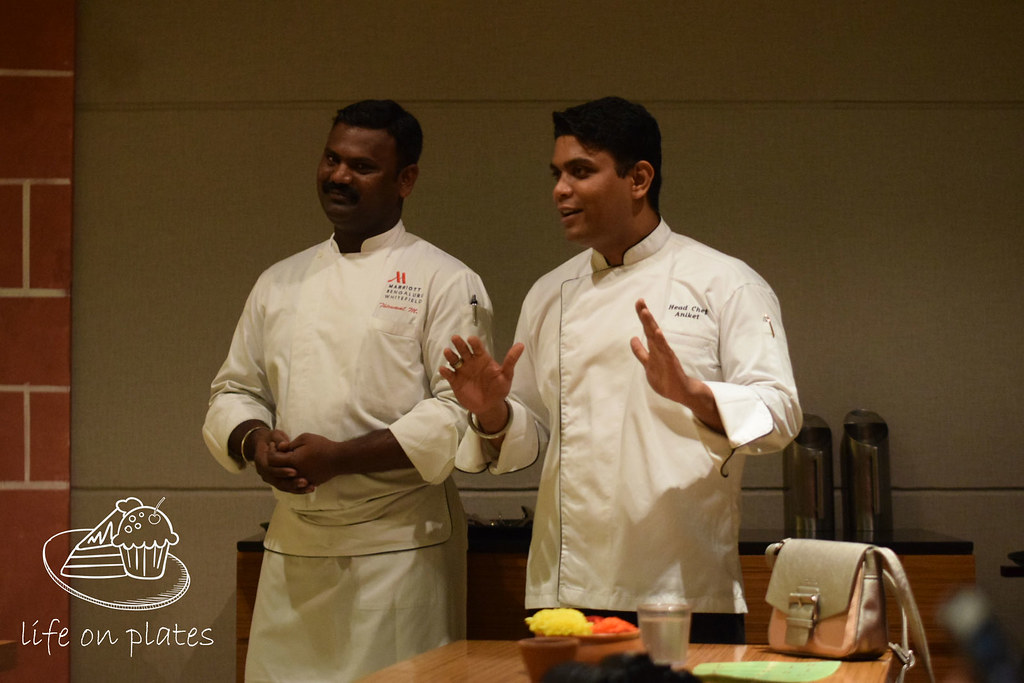 The festivals usually happen over the buffet spread, but this time, it was rather different. The food was served on plantain leaf and hands were the cutlery for the night! This made us feel very much at home 🙂 The food started arriving on the leaf and the wait just got intense. Salt was up first as the tradition, followed by pickle, Kosambari and Aloo Palya. Then came Puri and Saagu followed by Tamarind Rice and White Rice with Dal and Papad. 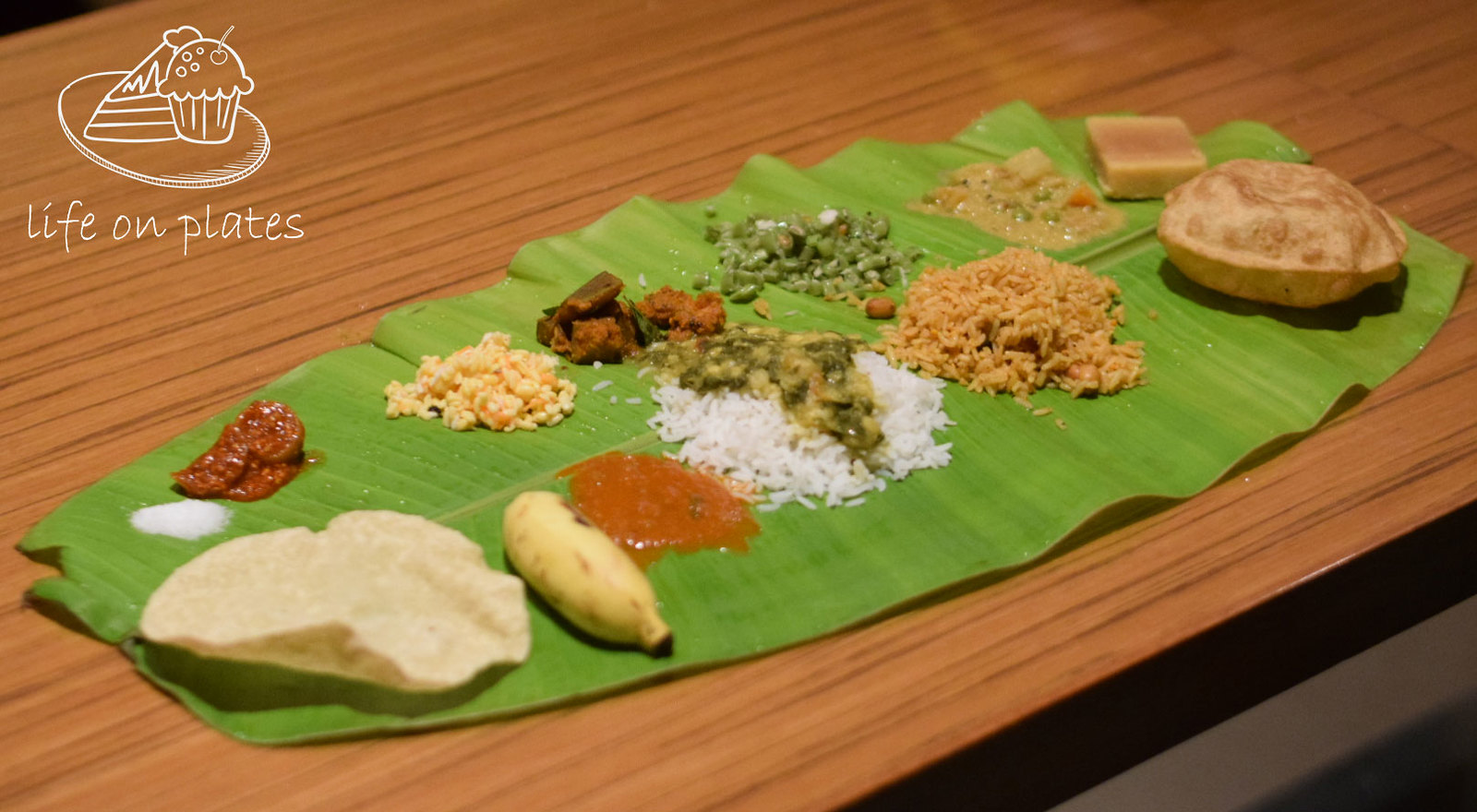 After this came Obbattu topped with hot ghee, and not to forget the Neer Dosa with Mangalore Fish Curry combo – just perfect! 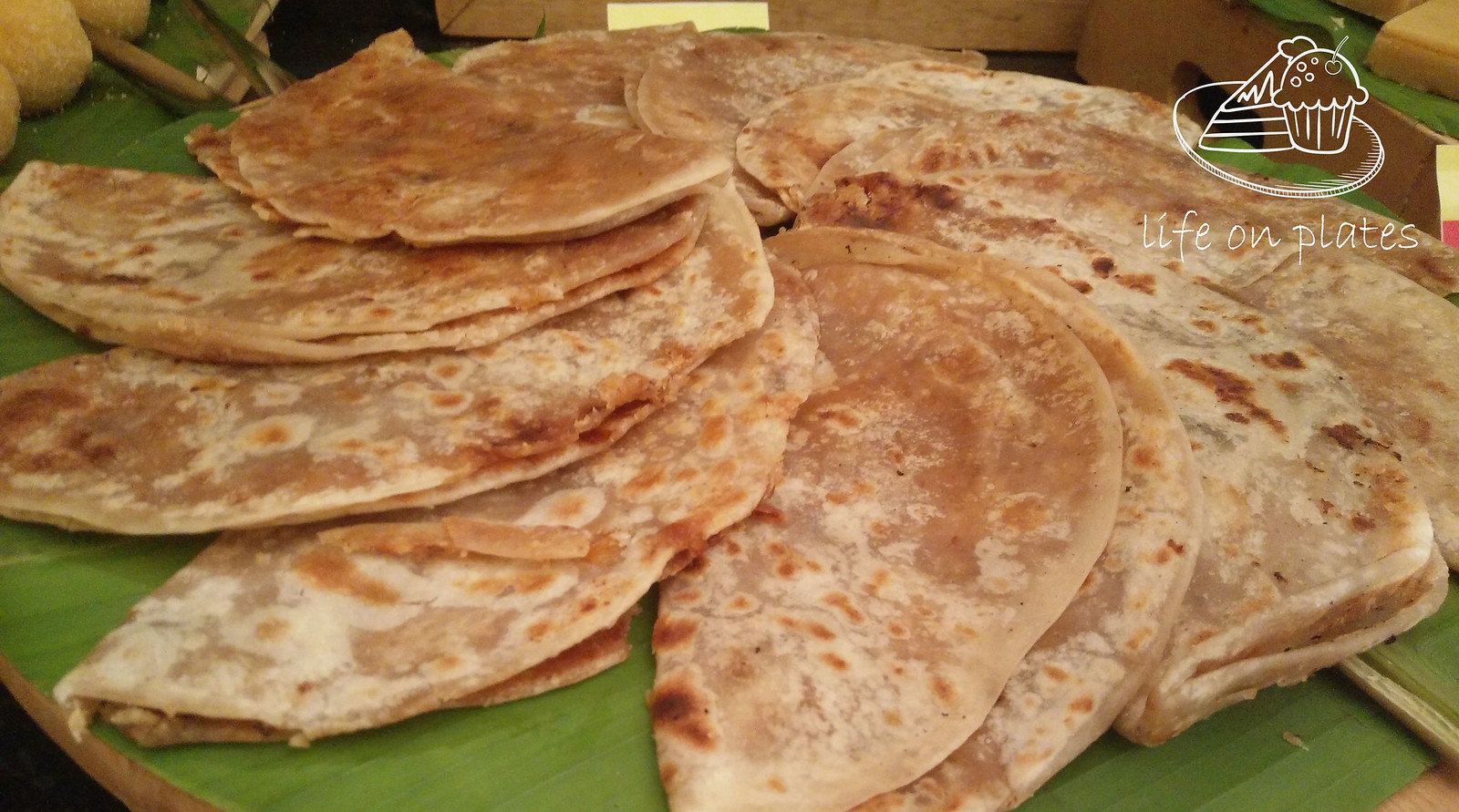 No meal is complete without a savory, in this case, Mysore Pak did the honors. Soft and the aroma of it makes you wanting more! 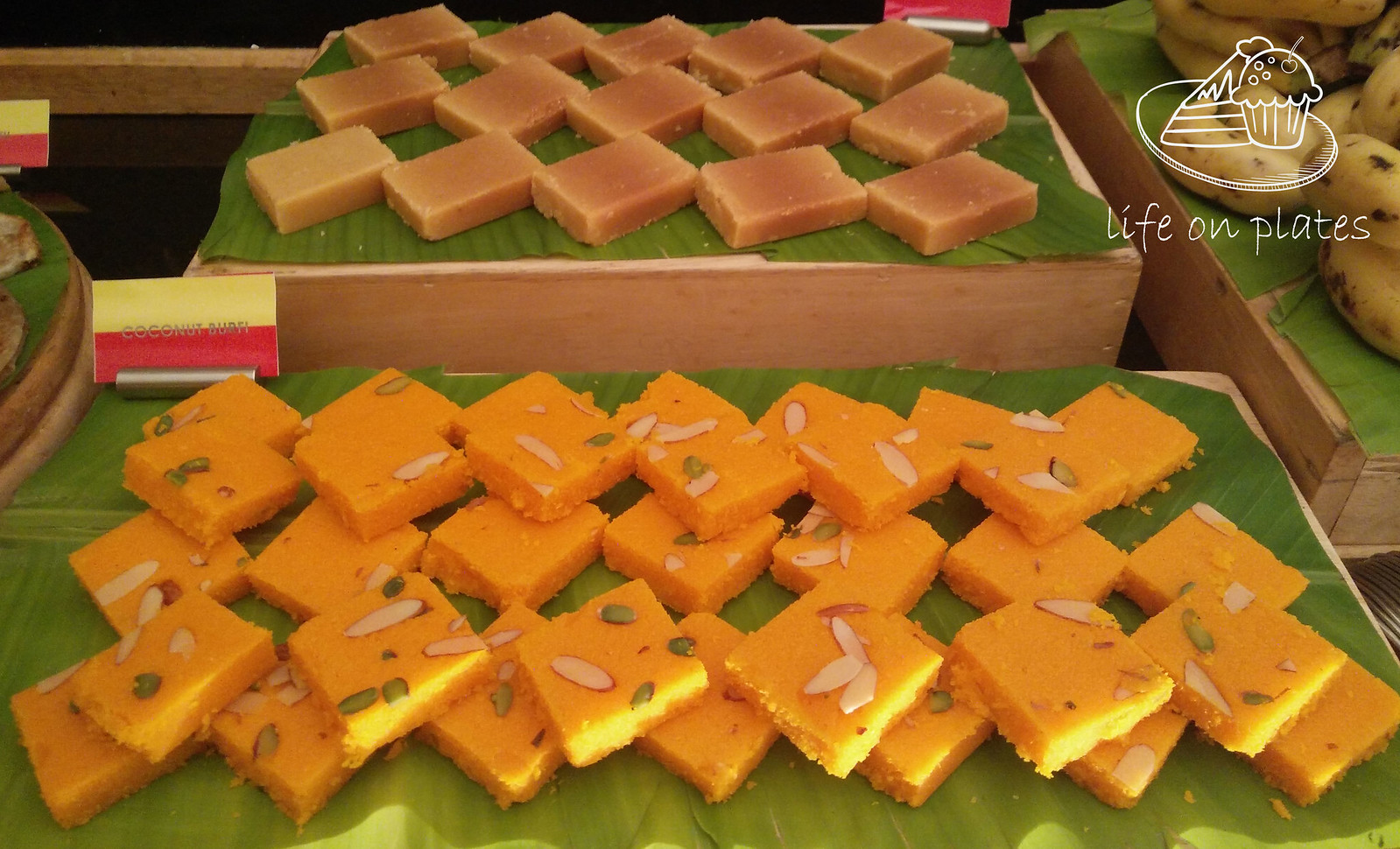 Filter Kaapi is a drink you can have at any time, so one last drink to end this great meal. The counter even had a lot of snacks that are usually had along with coffee in the evenings. 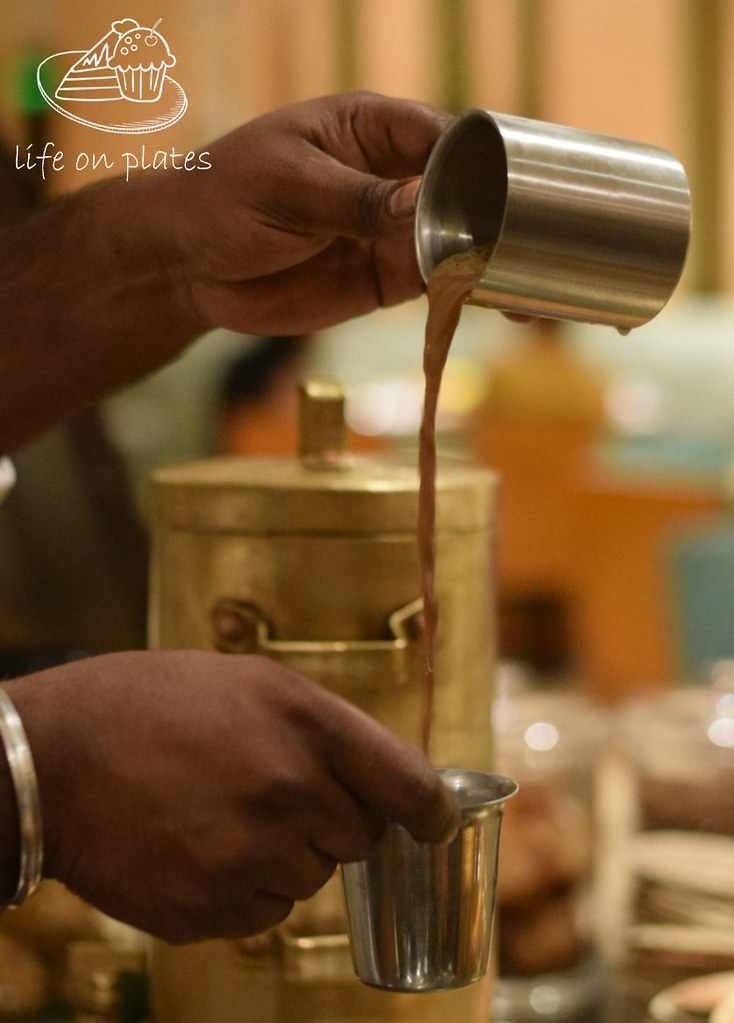 Fairfield has got it right with the Flavors of Karnataka just like the previous festivals. Three Cheers to the entire team for setting up an amazing festival and the happy helpers who served us 🙂

Walk on the Streets of India under THE LEELA's umbrella!